The matrix of diverse geological features of Corbett has given rise to an equally varied set of communities of life forms that live in them. Such habitats, along with their resident flora and fauna, form distinct ecosystems that are recognizable when you travel through Corbett.

Mountain are vital habitat Mountains are different from other landforms because they have an unusual variation in altitude, relief, temperature, slope and the amount of sunlight received. Therefore, there is great diversity in mountain habitats and mountain plant and animal communities have unique characteristics. However, mountain ecosystems are also delicate and unstable. Owing to the thinness of soil and the high propensity to erosion deforestation degrades mountains much swiftly and more irreversibly than other areas. Mountain habitats show a zonation of floral and faunal patterns in terms of altitude. While ascending mountains, a number of different types of plant communities can be seen. The lower areas are usually broadleaved forests but higher up, coniferous trees appear. This zonation can also be seen in Corbett. The lower areas consist of sal and associated forests while as you go higher you encounter progressive belts of mixed forests, chir pine, oak and rhododendron. Accordingly, the fauna also varies and the higher reaches have animals like the Himalayan black bear and serow, which are absent lower down. This zonation is perhaps most evident in the kinds of birds encountered as you go higher.

Sal (Shorea rubusta) is a handsome tree that grows up to 35 m tall and has a majestic, shining foliage. Sal is the main tree species of Corbett and often grows as dense forest. Sal forests represent tropical monsoon type of climate that occur in areas with 100-200 cm rainfall annually and grow at 200-1200 m above sea level. These sal forests forms an important wildlife habitat throughout northern and central India. Being tall and robust sal trees allow several layers of vegetation to grow under or alongside them. Hence the sal forest ecosystem has a wide variety of trees, shrubs, herbs, climbers, fungi, lichens and mosses. Naturally, the life of many mammals, birds, reptiles and amphibians is linked to sal forests directly or indirectly – for food or shelter. In Corbett the sal forests are found around Panod nallah, Amgadi sot, Sajgadi sot, Gajar sot and Sultan, and also near Dhikala, Khinanauli, Bijrani and Mailani.

Khair-Sissoo forest along riversEven though the sal forests dominate the Corbett landscape, there occur another distinct ecosystem near rivers and streams. This consists of Khair (Acacia catechu) and Shisham or Sissoo (Dalbergia sissoo) trees which grow on sandy, gravelly areas all along the Ramganga and other streams. Khair and Sissoo are the first trees to come up on freshly exposed ground and newly deposited alluvium. They have special nodules on their roots that add nitrogen to the soil and improve fertility. Once khair-sissoo are established, they improve soil, add nutrients and control temperature and winds, and thus help more advanced vegetation to grow. The climax of this gradual process is the formation of sal forests and takes many decades, even centuries to culminate. Khair-sissoo forests provide shade and cover to large mammalians like sambar deer and also tiger and leopard. They also provide roosts and nesting places for birds. These forests are found on sandy, gravelly areas all along the Ramganga and other streams, and are quite visible near Dhikala, Phulai, Patairpani and on Kanda road.

The sprawling chaur at CorbettProbably the most unique vegetation habitat of Corbett is the chaur, a local name for extensive savannah grasslands. Chaurs are manmade clearings that were once used for agriculture but presently form a rich growth of various species of medium to tall grasses. These areas are favoured by elephants and deer and provide shelter to many grassland birds e.g. partridges. The presence of deer attracts tigers to chaurs. Hence, they are the best places to look for tigers. Since chaurs form vital wildlife habitat, their maintenance is an important activity undertaken by the Park authorities. This is done during winter by a careful exercise of artificial burning. This induces a fresh growth of grasses that deer and other grazers feed upon. The major chaurs of Corbett occur mainly in the Patli Dun area of the Park. The most important ones are: Dhikala, Phulai, Khinanauli, Paterpani, Mohanpani, Bijrani and Bhadhai. Another noted chaur, Boxar, now lies submerged under the Ramganga reservoir. 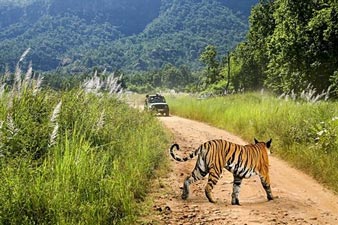 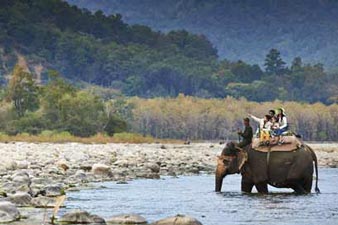 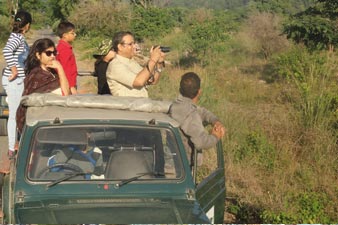 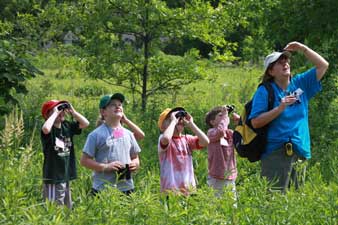 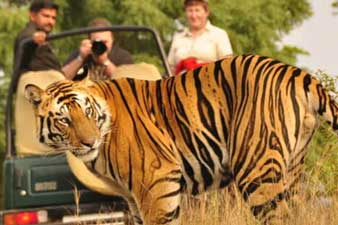 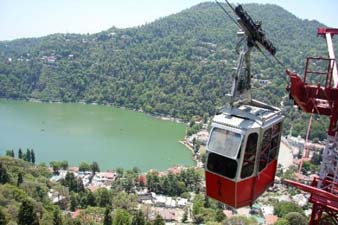 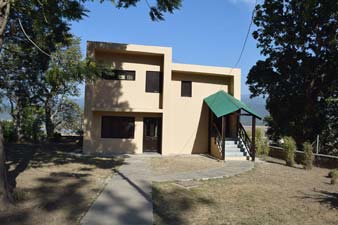